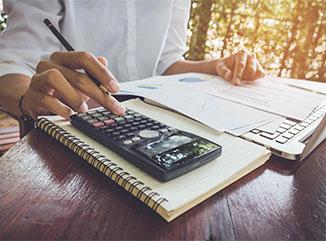 In the World Bank’s Doing Business Report 2018, Mauritius ranked 25th out of 190 countries, an improvement on their 49th position in 2017, implying that the country has improved its business regulatory environment and has narrowed the gap with the global regulatory frontier. The 2018 Report also stated improvements in the country’s ranking in 8 out of 10 indicators including: Starting a Business, Dealing with Construction Permits, Paying taxes, and Trading Across Borders.
Mauritius also has an established business association environment encompassing a myriad of sectors, which provide guidance and support to professionals and has contributed to its well-developed business sector, consolidating Mauritius’ position as the most competitive economy in Sub Saharan Africa ahead of other countries like Kenya (80) and South Africa (82)

Companies incorporated in Mauritius are regulated by the Companies Act 2001, in effect from 1st December 2001. The Companies Act 2001 provides a modern and efficient framework for companies to carry out their business activities and aims to facilitate enterprise, promote transparency and enhance competitiveness. The company legislation is designed to be clear, flexible and in line with international standards and concerns. The Act also aligns the legal provision governing domestic companies with Global Business Companies.

Mauritius has a well-developed business association environment that encompasses a myriad of industry sectors. Many of these associations were established to promote the growth of a particular industry within the country and to contribute to the development of Mauritius and its future success, including the Mauritius IT Industry Association, the Mauritius Chamber of Agriculture, and the Mauritius Institute of Professional Accountants.

There are also associations that provide representation for their members in negotiations with the government, which include the Building and Civil Engineering Contractors Association, the Freeport Operators Association and Business Mauritius.

Most of the associations in Mauritius provide guidance and support to professionals and make a valuable contribution to the business sector.