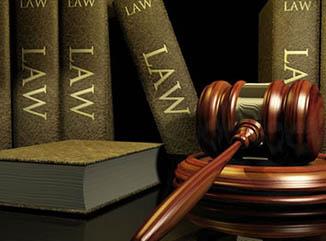 In Mauritius, the Judiciary is vested with all the powers to administer justice. In line with the constitution which makes provision for an independent judiciary based on the concept of the separation of powers, the judiciary in Mauritius is independent of the other two organisms of the State - the Executive and the Legislature. The independence of the judiciary empowers the courts to uphold the rule of law and to act as guardians of the fundamental rights of the citizens entrenched in the constitution. The Chief Justice is the head of the judiciary. The Courts exercising jurisdiction in Mauritius are: The Supreme Court, The Intermediate Court, The Industrial Court, The District Courts and The Court of Rodrigues.

Mauritius has a well-developed, stable and transparent regulatory framework based on international standards. There are various bodies that monitor and regulate a variety of sectors including business, government, banking, finance, taxation, shipping, insurance, employment, rights and intellectual property.
The bodies and agencies that regulate government include the Independent Commission against Corruption (ICAC) that investigates allegations of corruption, including money laundering, and the Ombudsman’s Office that addresses complaints of maladministration against Ministries/Government Departments and local and regional authorities.
Agencies that protect the rights of citizens and workers include: the National Human Rights Commission; the Equal Opportunities Commission; and the Employment Relations Tribunal among others.

In the legal system of Mauritius the Supreme Court is the highest court and is composed of the Court of Civil Appeal and the Court of Criminal Appeal, with a chief justice, a senior judge and 17 judges. They have unlimited jurisdiction to hear and determine any civil or criminal proceedings, and it has original jurisdiction in the interpretation of the constitution, and in the most serious criminal cases, when it sits with judge and jury.

The Intermediate Court and District Court are both magistrates’ courts located throughout the island with jurisdiction in civil and criminal cases. The Industrial (magistrates’) Court deals with employment issues. Appeals from lower courts are heard in the Civil or Criminal (Supreme) Appeal Court. The Privy Council in the UK is the final court of appeal.