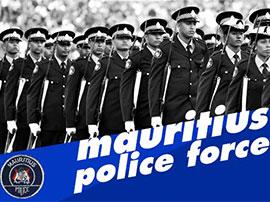 The Mauritius Police Force (MPF) is the national law enforcement agency of Mauritius. They carry out police, security and military functions on the island, and there are over 12,000 active-duty personnel under the command of the Commissioner of Police. The MPF operates under the aegis of the Home Affairs division of the Prime Minister's Office.

The duties of the police force shall be to take all lawful measures for:

The Police Force may exercise any of the duties referred to above in the maritime zones of Mauritius and, for the purposes of the Piracy and Maritime Violence Act 2011, in the high seas.

Every Police Officer shall perform such paramilitary duties as he may be required to do and for that purpose, may serve in any specialised Unit of the Police Force.