Mauritius has a well-developed, stable and transparent regulatory framework based on international standards. There are various bodies that monitor and regulate a variety of sectors including business, government, banking, finance, taxation, shipping, insurance, employment, rights and intellectual property.
The bodies and agencies that regulate government include the Independent Commission against Corruption (ICAC) that investigates allegations of corruption, including money laundering, and the Ombudsman’s Office that addresses complaints of maladministration against Ministries/Government Departments and local and regional authorities.
Agencies that protect the rights of citizens and workers include: the National Human Rights Commission; the Equal Opportunities Commission; and the Employment Relations Tribunal among others.

The Public Bodies Appeal Tribunal was established in June 2009 under Section 91A of the Constitution. The PBAT Act 2008 defines the role and powers of the Tribunal. 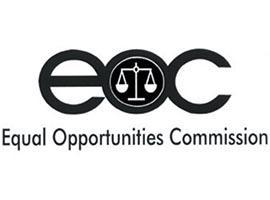 The Equal Opportunities Commission works towards the elimination of discrimination, the promotion of equality of opportunity and good relations between persons of different status.
Their remit includes:
To keep under review the workings of the Equal Opportunities Act and any relevant law and submit proposals to the Attorney-General for amendments, if required;
To following a complaint or of its own motion, carry out investigations or attempt to reconcile the parties to whom and against whom a complaint relates;
To conduct and foster research and education.

The National Human Rights Commission (NHRC) was set up under the Protection of Human Rights Act 1998. It acts mainly as an investigating body for complaints regarding violations of human rights and into complaints against police brutality.

The NHRC consists of 3 Divisions:
1. The Human Rights Division
2. The Police Complaints Division
3. The National Preventive Mechanism Division whose objectives are to: enquire into allegations of violations by public bodies of the human rights set out in Chapter II of the Constitution of Mauritius.