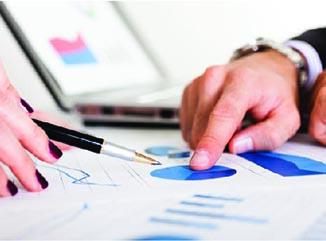 Mauritius has benefited from substantial socio-economic development with significant economic growth in recent history. From its evolution from a mono-crop economy based on sugar in the early 1970's, the export-oriented industrialisation process started. The establishment of the Export Processing Zone Scheme encouraged the setting up of labour intensive export-oriented manufacturing enterprises and opened up the economy to benefit from preferential access to the European markets under the Lomé Convention.

The agricultural sector comprised predominantly sugar production, has been the back bone of the Mauritian economy for more than three centuries and despite diversification, it still remains an important industry. Around 98% of total sugar exports are directed to the European Union, but in terms of export earnings, total sugar exports now represent around 20% of total domestic exports compared to over 70% two decades ago.

Mauritius initially developed a textile manufacturing sector to diversify its economy and by the 1980s the share of manufacturing in GDP had increased to 25% from 19% in the 1970s. Originally the manufacture and subsequent exportation of textiles and garments complemented the tourism and sugar export industry.

Tourism is now considered to be the central pillar of the economy following the decline of the sugar industry. Economic growth over the last 30 years due to the development of Mauritius from a low-income economy based on agriculture into a middle-income diversified economy has been attributed to the expansion of the luxury tourism sector.

The National Information and Communication Technology (ICT) vision has been to accelerate the country's transformation into an information-based society and to position Mauritius as a regional ICT hub. ICT is now considered to be the fifth pillar of the economy.