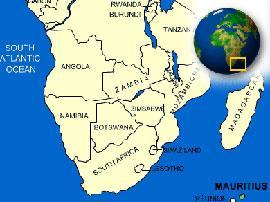 Mauritius, an island covering 1,865 kilometres is situated some 7,000 kilometres off the South-East Coast of Africa. More than 150 kilometres of white sandy beaches and transparent lagoon are protected from the open sea by the world's third largest coral reef which almost surrounds the island.

Being of volcanic origin, Mauritius has central plateau which is about 400 metres above sea level. Mountains scattered throughout, fast flowing rivers, tropical forests and plants are other features that add to the natural beauty of the island. Mauritius enjoys a maritime subtropical climate. The summer season lasts from October to May with temperatures averaging 27 degrees centigrade, while in the winter months temperatures average 22 degrees centigrade. The topography of Mauritius makes the central plateau more humid and cooler than other regions.