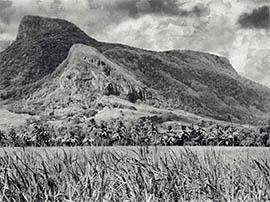 The Dutch were the first settlers on the island in 1598 and named it after their ruler, Prince Maurice Van Nassau. It was under the French Governor, Mahe de Labourdonnais, that Mauritius experienced its first development: a harbour was built at Port Louis, which became the capital of Mauritius. Port Louis being the safest harbour for vessels on their way to India, prompted the British to occupy the island in 1810. Indentured labourers were brought in, mainly from India to work in the sugarcane fields. Mauritius achieved independence on 12 March 1968 and adopted a constitution based on the British parliamentary system. On 12 March 1992 Mauritius became a Republic and it continues to form part of the British Commonwealth.