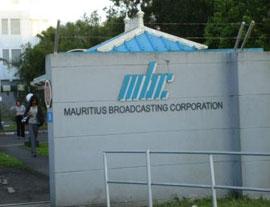 The Mauritius Broadcasting Corporation (MBC) is a public service broadcaster.

The two new channels - the Bhojpuri channel and Senn Kreol - were launched in January 2013. The launch of these two channels has completed the bouquet of MBC channels dedicated to broadcasting the languages spoken in Mauritius. This means that the MBC is the first broadcaster in the region which broadcasts a Creole channel on a 24-hour basis.

The momentum for innovation was sustained throughout 2013, with the revamping of MBC channel 1 as a daily news channel, which was launched in November 2013. The mixture of national, regional, and international news on a single channel is a first in the region.

The MBC through its radio channels provides a wide range of programmes for all age groups and cultural backgrounds.

The Corporation transmits on a 24 hour basis and provides a platform for local, regional and international news. It also provides a variety of local productions, infotainment and entertainment programmes.

MBC Programmes in the Region

MBC programmes are also broadcast in the region as follows: