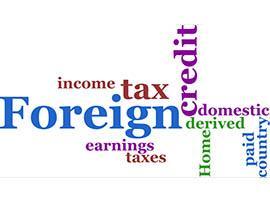 A company which has incurred a tax on its foreign source income is entitled to the following tax credits as per the Income Tax Act 1995:

The foreign tax credits should not in the aggregate exceed that of the Mauritius tax payable on such foreign source income.

The Income Tax (Foreign Tax Credit) Regulation 1996 (under the Income Tax Act 1995) allows for foreign tax credit on the foreign source income of a Mauritian resident. These regulations had been amended by the Income Tax Credit (Amendment Regulation) 1997 whereby the presumed amount of foreign tax was increased from 80% to 90% of the Mauritius tax chargeable. However, the Finance Act 2000 has once again amended the regulations bringing back the presumed foreign tax to 80% - this change has been effective since 1st July 2003. It is to be noted that such presumed foreign tax is available for qualified corporations.

In drafting the Foreign Tax Credit Regulations, the approach has been to be as generous as possible to the taxpayer with regard to foreign tax credit. Mauritius wishes to avoid international double taxation and not to have such double taxation operating as a block to foreign investment. Consequently, in a number of matters, these regulations are as generous or more generous than provisions found in the laws of other countries. The foreign tax credit is available for the amount of income actually received in Mauritius and is treated as a foreign tax which is of similar character to the Individual Income Tax.